Throughout the years, we’ve assisted multiple organisations in developing their Customer Experience. After finishing a Customer Journey project or introducing the Galaxy platform, questions relating to customer-centric behaviour usually arise. These questions can range from encouraging people to create Milkymaps in our platform to getting people that didn’t participate in a Customer Journey project on board with improvement ideas. To influence customer-centric behaviour, it helps to understand how behaviour originates

Therefore in this article, we’ll be using theory that’s widely used in academic research to explain how behaviour originates. The Theory of Planned Behavior predicts and explains behaviour, based on norms, attitudes and intentions. We’ll discuss these different aspects and some practical examples of how you could positively influence behaviour using this theory.

Of course, behaviour is a complex subject and generally hard to influence. This article is meant to provide some insight into behaviour and some inspiration to potentially influence it.

The model below explains the Theory of Planned Behaviour. As you can see, three different aspects influence intention, which ultimately influences behaviour. We’ll discuss each aspect individually, as well as how they can be used to influence customer-centric behaviour, starting with attitude toward the behaviour. 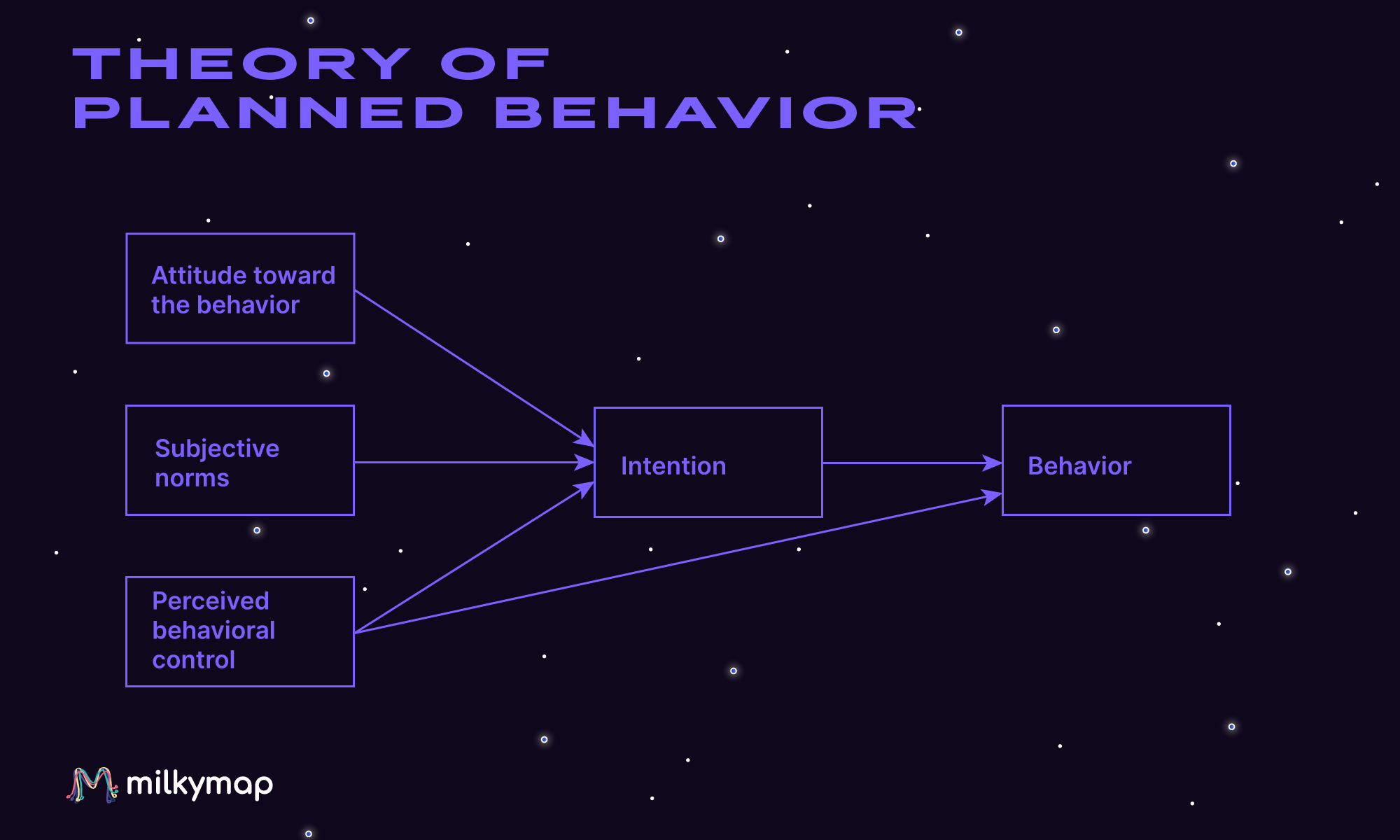 Attitude toward the Behaviour

De attitude toward the behaviour is an evaluation of how favourable or unfavourable this behaviour is. It is based on two different aspects:

The experiential attitude can be indirectly influenced by other aspects within the model but is usually not influenced directly. It is a personal and emotional evaluation that people often do not consciously make, but they do take the behaviour of others, their personal experiences and potential consequences into consideration. So by influencing the perceived norm and the instrumental attitude, the experiential attitude can become more positive as a result.

The instrumental attitude can be influenced by highlighting positive outcomes and mitigating negative outcomes. So to stimulate customer-centric behaviour, try to put focus on positive consequences.

You can emphasize positive consequences for different groups. For customers: how will a certain improvement idea and a person’s behaviour to accomplish this help them? You can also highlight business objectives: does customer-centric help the organisation reach certain goals? The last option is to ensure there are some positive consequences for the person you’d like to perform a certain behaviour. Make customer-centric behaviour a team objective, reward them by giving compliments or turn it into a fun, casual challenge within your organisation.

De subjective norm is the perceived social pressure surrounding a certain behaviour. Humans are social beings, so the opinion and behaviour of people in their environment influence their willingness to behave a certain way. Perceived social norm consists of two different aspects:

You could achieve this by leading by example or teaming someone up with people who are already performing customer-centric behaviour. This will provide them with a chance to see the positive consequences as well, further enhancing the instrumental attitude.

In order to enhance a positive injunctive norm, you could consider scheduling regular meetings with your team to discuss improvement ideas, customer-centric behaviour etc. If you make sure your team or organisation is aligned, it will be easy for people to gauge that the behaviour is appropriate and accepted.

The last aspect is unique, as it influences intention like the other two and also influences behaviour directly. Perceived behavioural control is a person’s perception of how much control they have over, and are capable of performing a certain behaviour. It takes any types of barriers and facilitators of behaviour into account, as those also influence someone’s perception of control and capability. It can also include an evaluation of skills and abilities necessary and whether the person in question possesses those skills and abilities.

There are many ways to positively influence the perception of control. Firstly, make sure people have the right skills and tools to perform the behaviour. Organize training sessions, make sure people know who to go to with questions and make sure tools match their needs. This will remove barriers, and provide people with a sense of autonomy.

Behaviour can be influenced in many different ways, through different aspects or actions. As it’s very personal and might require different levels of intention for different people, we’d recommend different combining different ways to encourage customer-centric behaviour.